There are three ways to approach photography (at least for starters – after a while there are as many ways as there are fingers clicking buttons and eyes looking through viewfinders, but this is as good a starting point as any).

In an ideal photograph all those different approaches would be on a level close to mastery. And certainly there are many photographers who have excellent abilities in all of these approaches, but most of them end up specializing on one or maybe two of them.

I would like to pick out a few examples for each of these approaches:

Scott Kelby would be an example of a master of photography as a technical matter. The writer of some of the best-selling and probably most influential guides on how to use photoshop has seen his style take over the works of many aspiring photographers. His aesthetic is very sleek and functional and rather underdeveloped and the philosophical content of his images is nil, but he obviously knows his way around his gear.

Henri Cartier-Bresson is, and this probably goes without saying, a master of the philosophical content. His works are among the most resonant of any photographer of the twentieth century. Technically his work is very modest – no tricks with perspective or depth of field, in fact he stuck to his old Leica for purely practical matters: it was small enough to allow him to shoot unnoticed – while his aesthetic is very subdued, influenced by and influence for the emerging cinematic arts and occasionally sublime. As far as philosophical content goes he might still be unmatched – his images work on so many levels and are worthy of every superlative.

A photographer who is masterly with aesthetic content is a friend of mine, the Polish photographer Malgorzata Maj. She shoots with very modest technical means but uses a very sophisticated method of post-production and her images have a strong and level philosophical streak inspired by influences ranging from Gothic horror to pre-Raphaelite sensitivities and more. They take inspiration from classical works of art and have a powerful sense of mood, atmosphere and personality. She has one of the strongest purely aesthetic approaches to photography that I know. 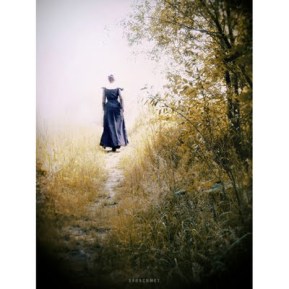 If you are looking for an original, new and exciting way to shoot things, but aren’t that concerned about the content of what you shoot, knowing photography on a technical level might satisfy you.

If you are interested in the wider sense of what it is you are doing and consider photography a tool to understand humanity or the underlying connections between things or simply as a way to make thoughts visible and document elements of the world, you need to approach photography as a philosophical matter.

If photography is a means of heightening the visible world and making the unseen visible and not just a strict representation of the outside world, but a tool of introspection, then you should perhaps begin to consider the aesthetic aspects of it.

Of course this is not an exclusive list, but simply a way to start looking at the complexity of photography – even those three aspects are usually interwoven. A good photograph can contain elements of each of the three aspects (or of none), but it is a starting place for anyone who has ever wondered what makes a photograph good.